Cases of promotion between 1.1.2006 and the date of notification of 6th CPC RS(RP)Rules, 2008 & merger of pay scales of the promotional and the feeder posts 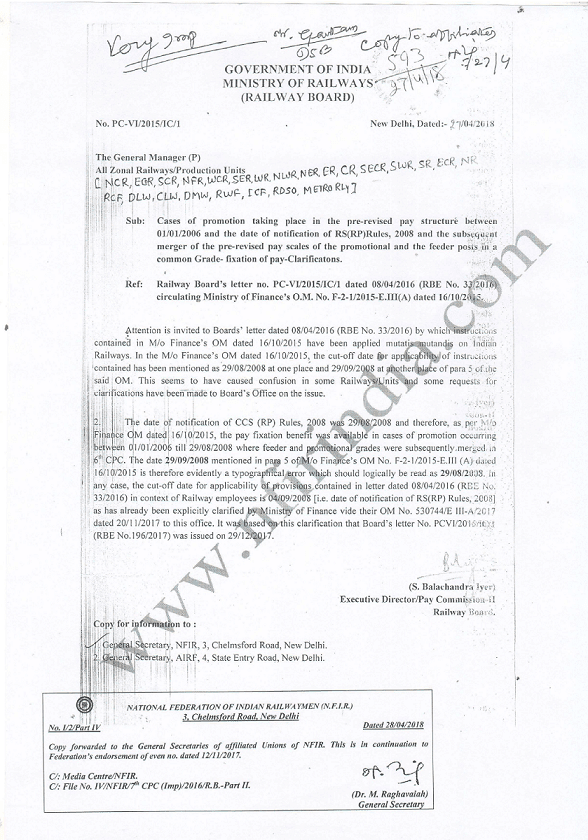