MACP in 7th CPC – Availability of option for fixation of pay from the DNI in lower post: DoPT OM

Subject – Availability of option for fixation of pay on MACPs from the date of next increment (DNl) in the lower post and method of “fixation of pay from DNI, if opted for, in context of CCS (RP) Rules. 2016, regarding. 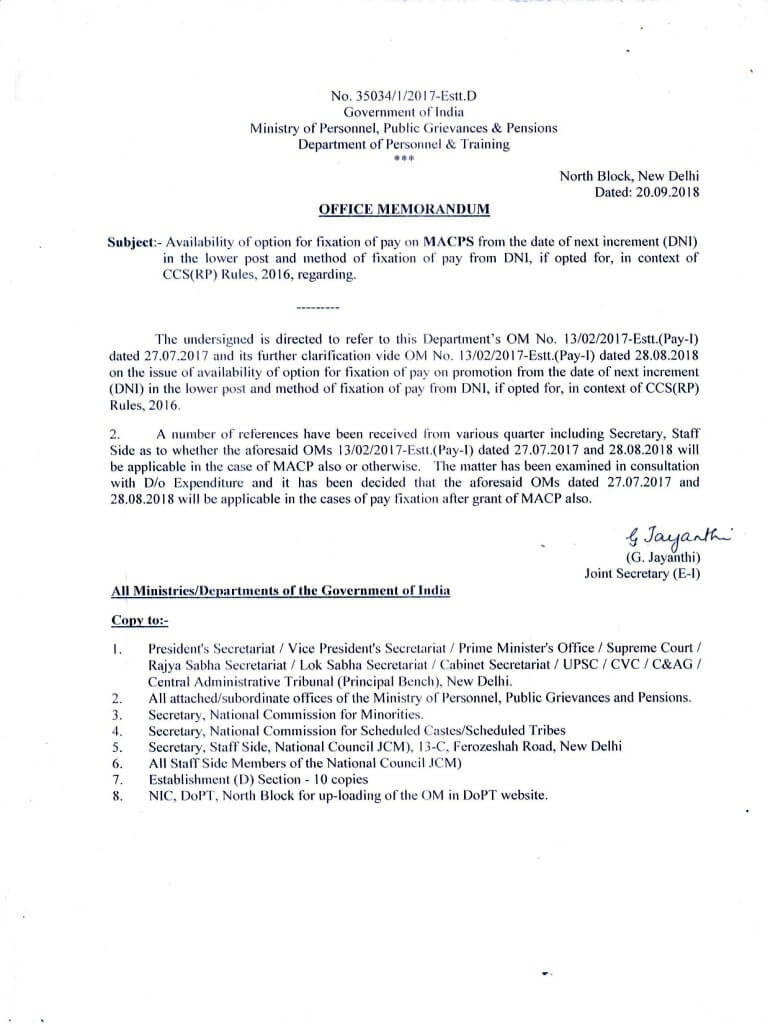