3. This issues with the concurrence of the Finance Directorate of Ministry of Railways. 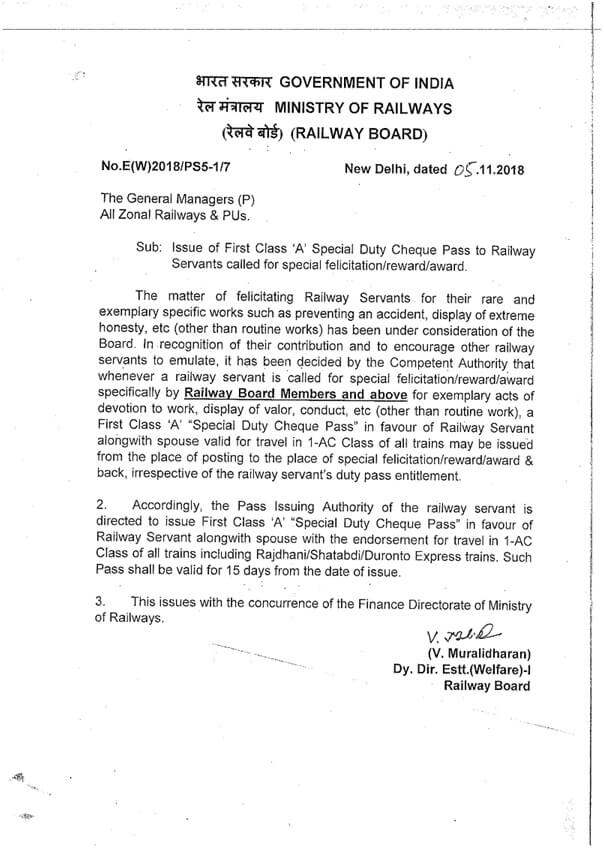