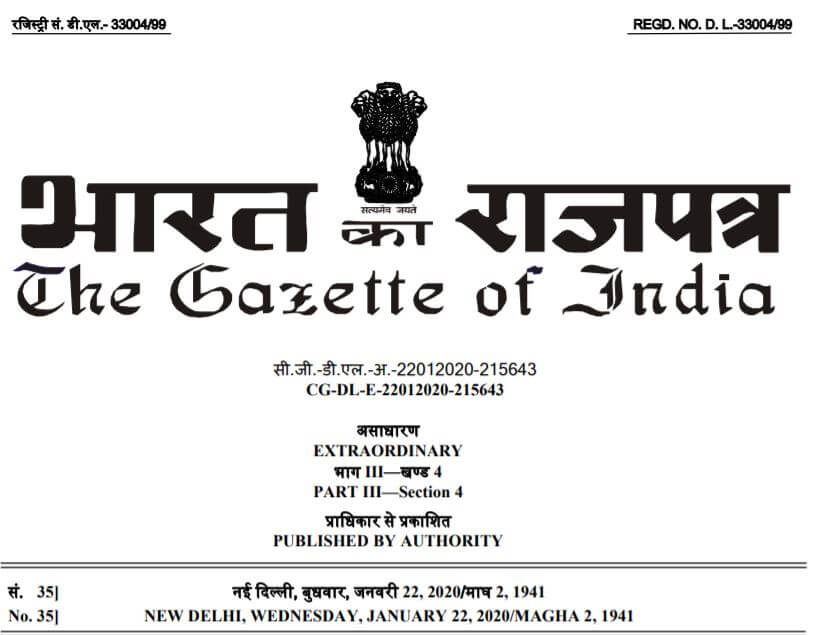 UIDAI Recruitment, Promotion and Other Terms and conditions of Service of Employees Rules 2020, Notification

UIDAI Recruitment, Promotion and Other Terms and conditions of Service of Employees Rules 2020, Notification 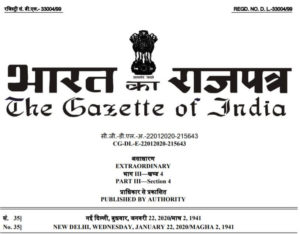 No. A-12013/13/RR/2016-UIDAI (No 1 of 2020).—In exercise of the powers conferred by sub-section (1) of Section 21 read with sub-section (1) of section 54 and clause (x) of sub-section (2) of section 54 of the Aadhaar (Targeted Delivery of Financial and Other Subsidies, Benefits and Services) Act, 2016 (18 of 2016), as amended vide the Aadhaar and Other Laws (Amendment) Act, 2019 (14 of 2019), the Unique Identification Authority of India hereby makes the following regulations governing appointment of officers and other employees of the Authority, namely:‒

1. Short title and commencement.‒(1) These regulations may be called the Unique Identification Authority of India (Appointment of Officers and Employees) Regulations, 2020.

(2) These regulations shall come into force on the date of their publication in the Official Gazette.

2. Definitions.‒(1) In these regulations unless the context otherwise requires, ‒

(b) “Appointing Authority” means Chief Executive Officer or such other officer to whom such powers and functions have been delegated by the Authority by general or special order;

(c) “Authority” means Unique Identification Authority of India established under sub-section (1) of Section 11 of the Act;

(d) “Chairperson” means the Chairperson of the Authority appointed on full-time or part-time basis under Section 12 of the Act;

(f) “Post” means any post in a grade whether permanent or temporary mentioned in the Schedule annexed to these regulations;

(g) “Selection Committee” means a committee constituted to consider selection for appointment, absorption, promotion and deputation of officers and other employees in any grade in accordance with the Schedule to these regulations.

(2) The words and expressions used in these regulations, but not defined, shall have the same meaning as respectively assigned to them under the Act.

(3) For the purposes of these regulations, the terms ‘he’, ‘him’, ‘his’ and ‘himself shall also refer to ‘she’, ‘her’ and ‘herself’ wherever the context warrants and singular will also include plural.

(1) The power to implement these regulations vests in the Chief Executive Officer or with such officer to whom powers have been delegated by the Authority.

(2) The powers exercisable under sub-regulation (1) shall also be exercisable by any superior entity including officer higher in precedence.

(3) The Chief Executive Officer or the officer to whom such powers have been vested shall be responsible for deciding on all complaints, grievances, disputes and other similar matters arising in the course of implementation of these regulations:

(a) the Chief Executive Officer where such orders have been passed by an officer subordinate to him, or

4. Constitution of Officers and Employees Cadre.‒

(1) The officers and employees cadre shall consist of:

(a) any person absorbed at the time of initial constitution of the cadre of the Authority under regulation 5; and

(b) any person appointed to a post under regulations 7, 8 and 9 after initial constitution of the cadre.

(2) Any person appointed under clause (a) of sub-regulation (1) of this regulation shall on such appointment be deemed to be a member of the cadre in the appropriate grade applicable to him from the date of his initial appointment with the Authority or the twelfth date of July 2016, whichever is later.

(3) The pay, on appointment in the Authority under this regulation, shall normally be fixed as per the relevant rules, regulations or instructions of the Central Government as applicable on the appointee or at the minimum of the pay in the respective level in the pay matrix. The Authority may, however, fix it at a higher point in the level keeping in view the seniority and pay already being drawn, higher academic qualifications or special experience of value to the Authority, by granting additional increments, not exceeding four in the pay matrix level fixed for the grade in which the appointment is made, on the recommendation of the Selection Committee.

5. Initial constitution of the Cadre.‒

(1) The cadre shall be formed initially by absorption of the officers and employees who immediately before the constitution of cadre were holding any post as listed in Schedule, subject to the said post available for absorption in the Schedule. An offer for absorption shall be given to such officers and employees, who are holding any post provided under the Schedule to the present regulations, and on exercise of option by such officer or employee, the Authority shall consider absorption subject to the provisions contained herein.

(2) No person shall be considered for absorption, unless such person:

(a) has completed three years of continuous service in the Authority; and

(b) is free from disciplinary and vigilance angle.

(3) The Appointing Authority may absorb any person referred to in sub-regulation (1), above:-

(a) on recommendation of the Selection Committee and having regard to relative merit, suitability and requirement of such person in the Authority; and

(b) in consultation with his parent Ministry or Department or Public Sector Undertaking or Statutory or Autonomous Body, as the case may be, for absorption of such persons.

(4) For determining relative merit, suitability and requirement of a person:

(a) a brief of the eligible officers and employees, who exercise the option for absorption, indicating their past experience, performance reports, vigilance status, exceptional contributions etc., shall be placed for consideration of the Selection Committee; and

(b) shortlisted officers and employees shall be required to submit brief write-ups on five exceptional contributions made during his/her service at the Authority, for consideration of the Selection Committee.

(5) The Authority may prescribe such further conditions for said absorption, as it may deem fit from time to time.

View : UIDAI Salary, Allowances and Other Terms and conditions of Service of Employees Regulation 2020 Notification

(6) The service rendered by the officers and employees in the Authority prior to the date of notification of these regulations shall be counted as regular service for the purpose of this regulation.

[view pdf for another chapters]