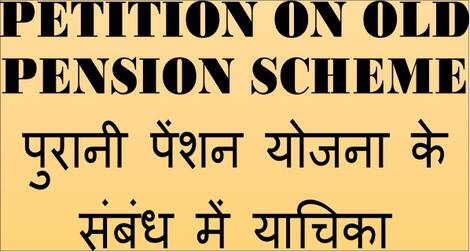 7th CPC Pay Fixation – Bunching of stages in the Revised pay structure in the grade of Assistant Section Officers: DoPT Order
Order of recovery of excessive payment made to employees would be impermissible in law if the mistake is detected after 5 years or if it is from Group C or D employees or from retired employees: SC
Increment on 1st July, retired on 30th June: Supreme Court dismissed Review Petition 1731/2019 filed by the Government

Will the PRIME MINISTER be pleased to refer to answer to Unstarred Question 1710 given in the Rajya Sabha on 5th March, 2020 and state:

(a) whether Government is aware that Hon’ble Supreme Court vide SLPs (Civil) Nos. 23568/2019 (Review Petition (C) 21889/2019) and 31539/2019 and Hon’ble High Court of Delhi vide various writ petitions has allowed Old Pension Scheme to employees of central Government whose advertisement for recruitments were advertised before 01/01/2004 and final results declared/joining occured after 31/12/2003 and who were earlier placed under NPS;

(b) if so, whether Government would issue general orders in this regard and revert employees under NPS to Old Pension Scheme from date of advertisement instead of finalization of appointments; and

(c) if not, the reasons therefor?

The issue is no longer res integra. In the case of certain constables of the BSF, this Court by its judgement dated 12th February, 2019 in Tanka Ram Vs. Union of India 2019 (174) DRJ 146 (DB) allowed the prayer of those petitioners and permitted them to avail of the benefit of the old pension scheme. It was held that the option to continue the old pension should be extended to all those who had been selected in examination conducted in 2003, but were issued call letters only in January or February, 2004.

In the present case also, the reason the Petitioners not joining prior to 1st January, 2004 is entirely due to the Respondents. The Petitioners cannot be deprived of the benefit of the Old Pension Scheme, as they qualified even prior to the notification of the New Pension Scheme.

For the above reasons, the petition is allowed and direction is issued to the Respondents to extend the benefit of the Old pension scheme to each of these petitioners.

National Pension System (NPS) was introduced for Central Government employees by a Notification of Ministry of Finance (Department of Economic Affairs) dated 22nd December, 2003. NPS is mandatory for all new recruits to the Central Government service from 1st January, 2004 (except the armed forces). However, in some specific court cases, like WP(C) No. 3834/2013 titled Parma Nand Yadav Vs. Union of India and WP(C) No. 2810/2016 titled Rajendra Singh Vs. Union of India, where the selection of candidates had been made before 01.01.2004 but their actual appointment in the Government service could be made on or after 01.01.2004 due to various reasons, on the direction of the Hon’ble High Court of Delhi, the benefit of Old Pension Scheme was allowed to the petitioners.

After considering all the relevant aspects and to extend the benefit to similarly placed Government servants in order to reduce further litigation, the Government has decided, vide an Office Memorandum No. 57/04/2019-P&PW(B) dated 17th February, 2020 of the Department of Pension & Pensioners’ Welfare, that in all cases where the results for recruitment were declared before 01.01.2004 against vacancies occurring on or before 31.12.2003, the candidates declared successful for recruitment shall be eligible for coverage under the Central Civil Services (Pension) Rules, 1972. Accordingly, such Government servants who were declared successful for recruitment in the results declared on or before 31.12.2003 against vacancies occurring before 01.01.2004 and covered under the National Pension System on joining service on or after 01.01.2004, may be given a one – time option to be covered under the Central Civil Services (Pension) Rules, 1972.

In view of the specific provisions of the Notification dated 22.12.2003, the date of advertisement for the vacancies or the date of examination for selection against those vacancies is not considered relevant for determining the eligibility for coverage under the Old Pension Scheme or the National Pension System. 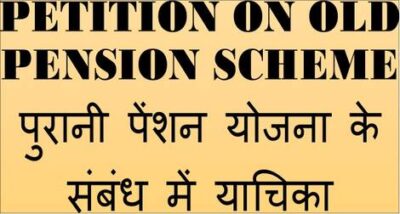 Loading...
Newer Post
Vacancies of Judges in Supreme Court and High Courts as on 03 Feb 2021
Older Post
Advances to government Servants – Rate of interest for purchase of Computer during 2020-21