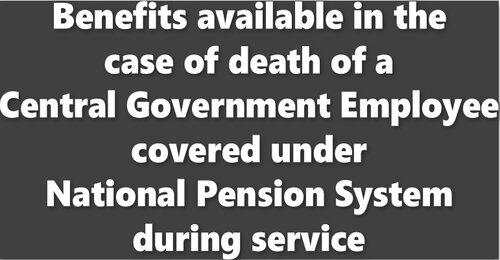 National Pension System: Benefits available in the case of death of a Central Government Employee during Service

National Pension System: Benefits available in the case of death of a Central Government Employee during Service