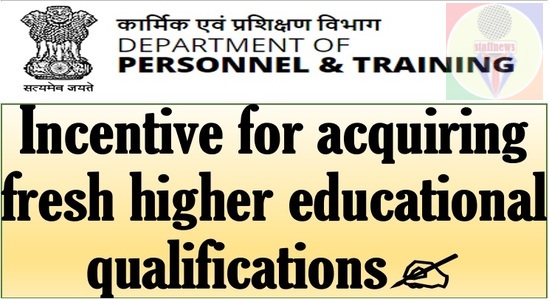 Department of Personnel & Training has issued instructions from time to time regarding provisions governing grant of lump sum incentive for acquiring fresh higher qualifications by Government Servants. The essence of these instructions has been summarized in the following paras for guidance and better understanding.

II Rates for Incentive admissible with effect from 01.07.2017

The following one-time lump-sum rates as incentive for acquiring fresh higher qualification by a Government employee shall be permissible for courses in fields that are directly relevant to the employee’s job:

III. Selection of Courses by Administration for Grant of Incentive

IV Procedure for Grant of Incentive

The grant of incentive for the qualifications listed above shall be considered by the administrative authorities in consultation with their IFD and necessary orders shall be issued after ensuring that the criteria laid down in Point I above are fulfilled.

Note : List of the OMs mentioned in this document is annexed. In case any reference to the relevant OM is required, the same may be accessed from the Archive Section of Department of Personnel and Training’s website. 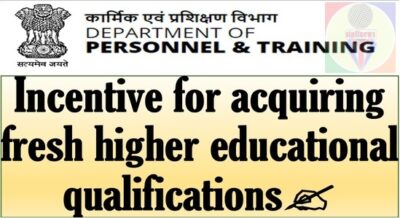