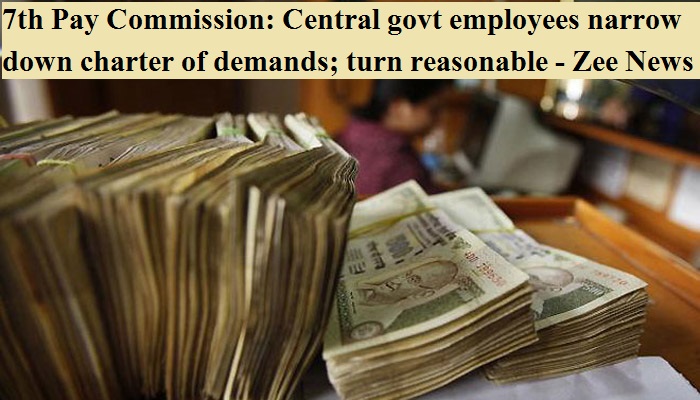 New Delhi: The Joint Consultative Machinery of central government employees–the forum for amicable settlement of grievances of the Central Government employees relating to their service matters–seems to have turned more reasonable and have narrowed down the charter of demands seeking review of the seventh pay panel recommendations.
In February, the employees’ forum had decided to proceed on an indefinite strike from April 11, if their charter of 26 demands was not met.
The demands also included no privatization of government functions, no FDI in Railways and Defence and no corporatization of Defence Production Units and Postal Department.
As per reports the Empowered Committee of Secretaries headed by the Cabinet Secretary assured that fair consideration will be given to all points brought out by the Joint Consultative Machinery​ before taking a final view.
Following are the narrowed demands presented by the Joint Consultative Machinery​ before the Empowered Committee of Secretaries:
1. Revision of the minimum pay of Rs. 18000 p.m. recommended by the Commission, taking into account commodities prices as on 01.07.2015 and appropriately factoring in for social obligations & housing.
2. Withdraw the New Pension Scheme. The Centre made made the NPS mandatory for employees who joined the service on or after January 1, 2004. It has since been adopted by most state governments also.
3. To re-examine the relevance of allowances and interest free advances in certain departments before taking a decision.
4. Should increase Fixed Medical Allowance from the existing Rs 500 per month to Rs 2000 per month, as large number of cities are not covered under central government health scheme.
5.Should discouraged outsourcing of services breed inefficiency and contractors exploit contract workers.
6. Enhancement in contribution towards Group Insurance Scheme has reduced the actual increase in take home salary considerably. If the rates are to be raised, the Government should bear the insurance premium
7. The recommendation regarding grant of only 80% of salary for the second year of Child Care Leave need not be accepted as this would deter women from availing of Child Care Leave, defeating the purpose of the welfare measure.
Annual increments be granted at the rate of 5% instead of existing 3% and increments may be granted on two dates i.e. 1 st of January and 1 st of July of every year against the current norm of granting of increment on 1 st July of every year.
9. The Commission’s recommendation of downgrading the Assistants of Central Secretariat for bringing in parity with their counterparts in the field offices is not appropriate.
10. Recommendation regarding Performance Related Incentive Scheme unacceptable as these could encourage favoritism.