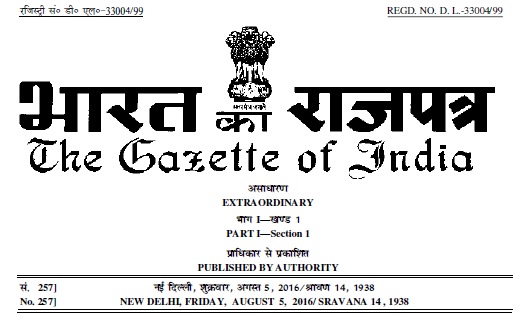 New Delhi, the 4th August, 2016
No.38/37/2016-P&PW(A) – The terms of Reference of the Seventh Central Pay Commission as contained in Ministry of Finance (Department of Expenditure) Resolution No.1/1/2013-E.III (A) dated 28.2.2014 included the following:
“To examine the principles which should govern the structure of pension and other retirement benefits, including revision of pension in the case of employees who have retired prior to the date of effect of these recommendations, keeping in view that retirement benefits of all Central Government Employees appointed on and after 01.01.2004 are covered by the New Pension Scheme (NPS).”
2. The Commission, on 19th November, 2015, Submitted its report to the Government on Terms of Reference as contained in aforementioned Resolution dated 28.02.2014. Government, after consideration, has decided to accept the recommendations of the Commission on pensionary benefits to the Central Government Civil Employees, including employees of the Union Territories and Members of All India Services subject to certain modifications, as specified hereinafter.
3. Detailed recommendations of the Commission relating to pensionary benefits and the decisions taken thereon by the Government are listed in the statement annexed to this Resolution.
4. The revised provisions regarding pensionary benefits, which have been accepted as indicated in the Annexure, will be effective from 01.01.2016.
VANDANA SHARMA, Jt.Secy.
ANNEXURE
Statement showing the recommendations of the Seventh Central Pay Commission relating to principles which should govern the structure of pension and other terminal benefits and the decisions of the Government thereon.