Issue of Pensioners Identity Card to pensioners: Railway Board Order

Instructions have been issued vide Board’s letter. No. E(W)2001/PS5-8/10 dated 31.01.2002 and 26.09.2002 regarding ‘issue of laminated Identity Cards to pensioners in the prescribed format on payment of Rs. 10!- towards the cost.
2. Department of Pension & Pensioners Welfare (DOP&PW) have since revised the format of Pensioners’ Identity Card and laid down the following specifications for the Identity Cards:-

(iii) Identity card to pensioners retiring- from the Railways may be printed as Plastic Identity Cards with the help of Duplex Thermal Colour Printer.  Inhouse/outside printing facility may be used as appropriate, depending on the requirement.

(iv) The pensioners identity card will be issued to the retiring employees free of charge.

3. Accordingly, it has been decided. that henceforth the Pensioners’ Identity Cards should be issued free of cost in compliance with above Specifications and in the revised format enclosed (Annexure I & II). Format at Annexure-I, in the case of railway servants retiring under Old Pension Scheme and format at Annexure-II, in the case of employees retiring under New Pension Scheme, will be applicable. Duplicate card shall, however, be issued on payment of Rs.25/- at the nearest Railway Station/Cash Office by the pensioners under Misc Receipt.

4. This issues With the concurrence of Finance Dte. of Ministry of Railways. 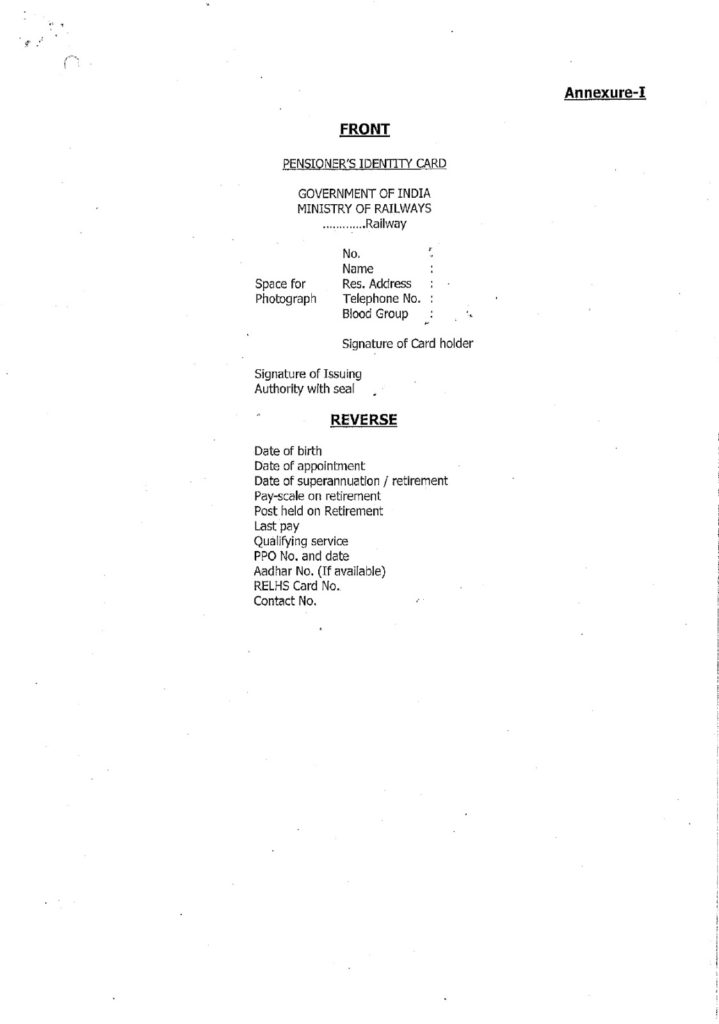 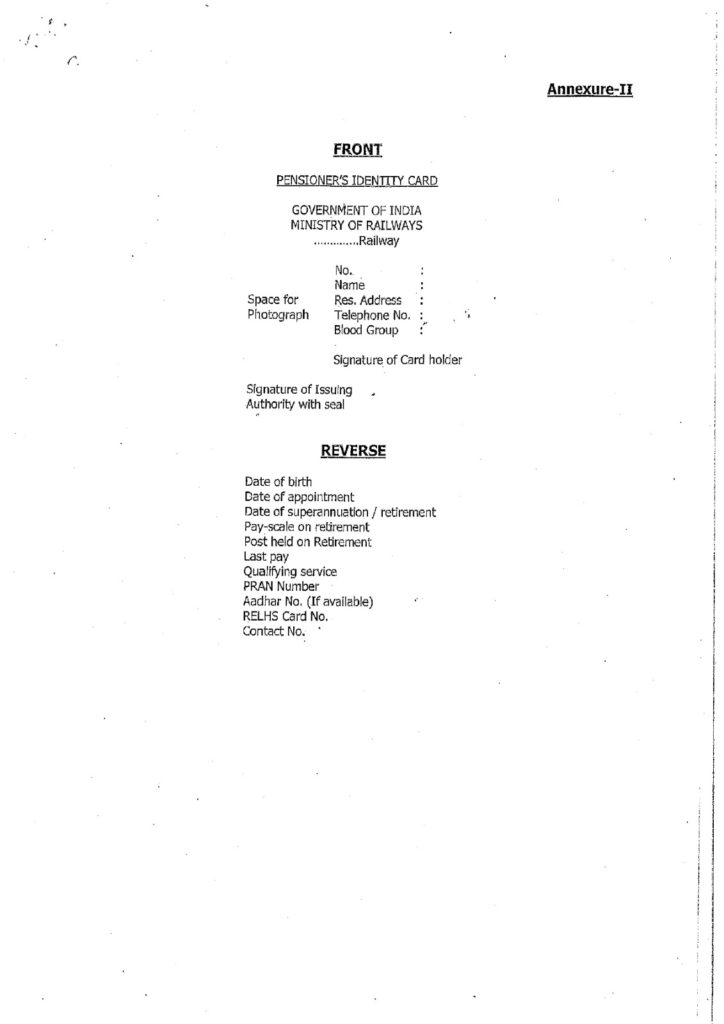