The undersigned is directed to say that instructions for issue of Identity Card to pensioners have been issued from time to time. In this Department’s OM of even numbers dated 25.7.2013, it was inter alia mentioned that it would not be necessary to have the National Emblem on the Identity Card of pensioners.
2. The matter has been reconsidered in consultation with the Ministry of Home Affairs keeping in view the provisions of State Emblem of India (Regulation of Use) Rule, 2007. Ministry of Home Affairs have indicated that they have no objection to the issue of Identity Card to retired Government personnel/pensioners with State emblem. The instructions/clarifications issued by this Department’s OM in this regard stand modified to this extent.
3. All Ministries/Departments are requested to keep the above in view while issuing Identity Cards to pensioners who retired from the Central Government Civil Service. This provision will not be applicable in respect of the pensioners retired from the Autonomous Bodies, etc. Such autonomous bodies can, however, use their own logo on the Identity Cards, in accordance with the relevant instructions.
(Harjit Singh)
Director 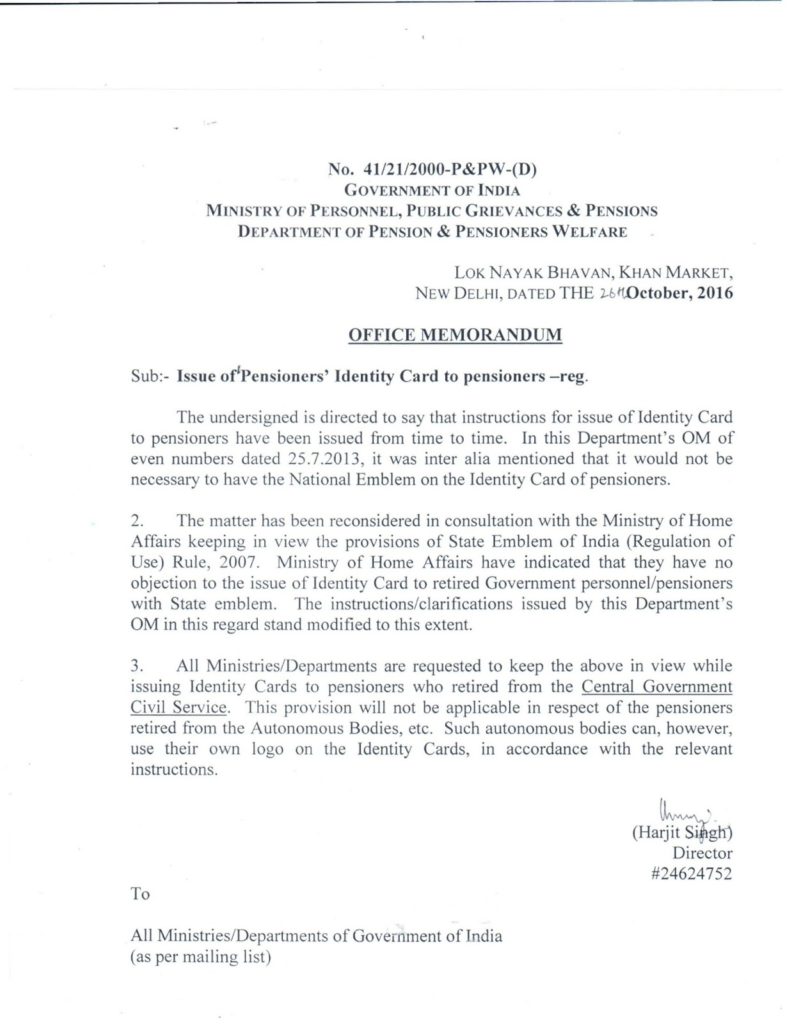 Ashok Wadhwa: Please provide the copy/ link for clarifications vide DoE ID No 03-27/2020-E.III A dated 27/06/2022. I am also sufferer as my Juniors are drawing more salary six months in advance due to increment on Jan every year and I get it in July