The undersigned is directed to say that consequent upon the decision taken by the Government on the recommendations made by the 7th Central Pay Commission,” the President is pleased to enhance the rates of Special Allowance payable to those wholly engaged in Parliament work during Parliament session by 50% from the existing levels of Rs. 1500/- and Rs. 1200/- payable to Assistants and UDCs respectively to the level of Rs. 2250/- and Rs. 1800/-.

2. The above limits would be automatically raised by 25% every time the Dearness Allowance on the revised pay structure goes up by 50%. No separate instructions on this count would be required.

6. No Overtime Allowance shall be paid to Parliament Assistants for the calendar months in which the Parliament is in Session.

7. The special allowance referred to above will be classified as “Other Allowances”

8. These orders shall take effect from 01.07.2017.
(Navneet Mishra)
Under Secretary to the Government of India 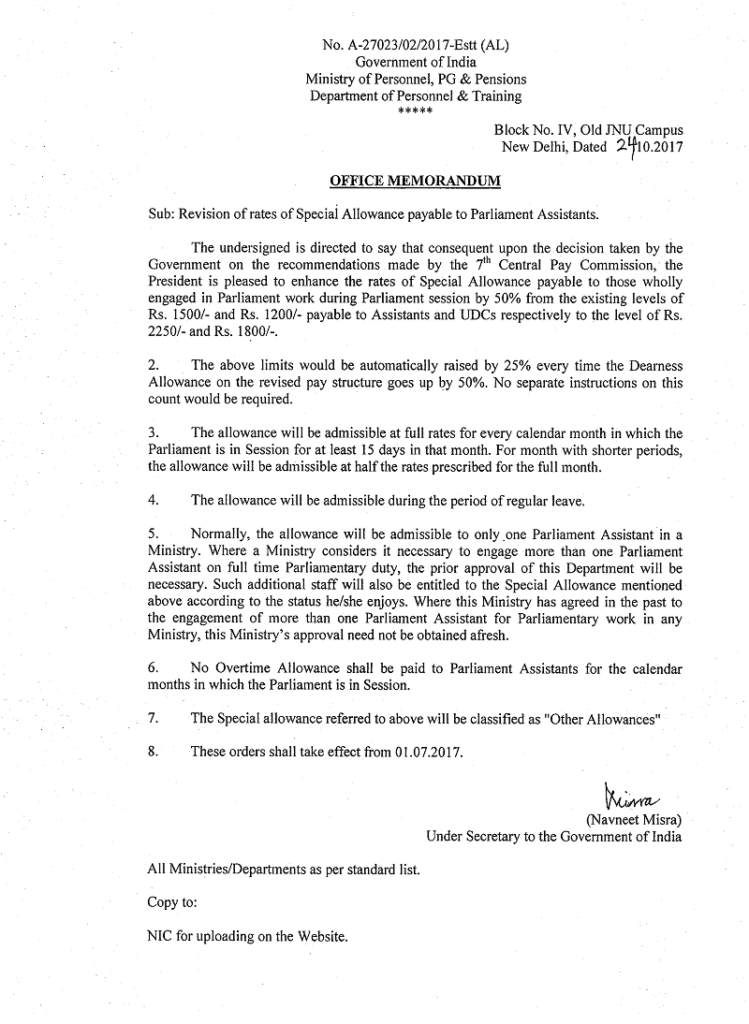