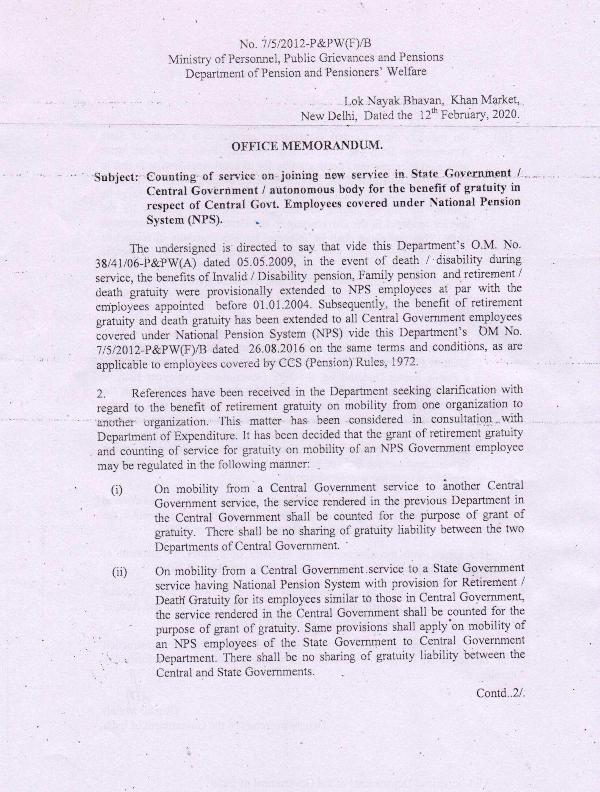 No. 7/5/2012-P&PW(F)/B
Ministry of Personnel, Public Grievances and Pensions
Department of Pension and Pensioners ‘ Welfare

The undersigned is directed to say that vide this Department’s O.M. No. 38/41/06-PW(A) dated 05.05.2009, in the event of death I disability during service, the benefits of Invalid I Disability pension, Family pension and_ retirement I death gratuity were provisionally extended to NPS .employees at par with the employees appointed before 01.01.2004. Subsequently, the benefit of retirement gratuity and death gratuity has been extended to all Central Government employees covered under National Pension System (NPS) vide this Department’s OM No. 7/5/2012-P&PW(F)/B dated 26.08.2016 on the same terms and conditions, as are applicable to employees covered by CCS (Pension)Rules, 1972.

2. References have been received in the Department seeking clarification with regard to the benefit of retirement gratuity on mobility from one organization to another organization. This matter has been considered in consultation with Department of Expenditure. It has been decided that the grant of retirement gratuity and counting of service for gratuity on mobility of an NPS Government employee may be regulated in the following manner:

4. In their application to the employees of Indian Audit and Accounts Department, these orders issued after consultation with the Comptroller and Auditor General of India, as mandated under Article 148(5) of the Constitution. ·

5. All the Ministries I Departments are requested to bring the above instruction to the notice of all offices I field formation working under their administrative control 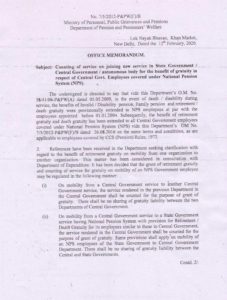 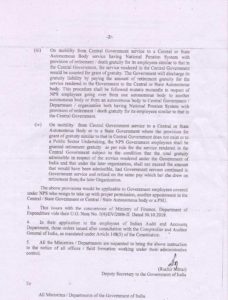