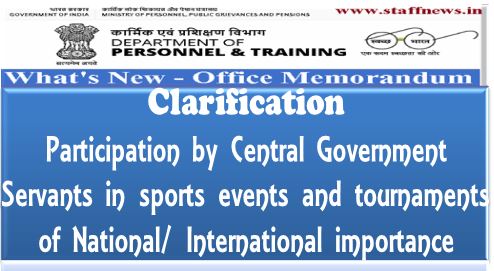 “Central Government employees who are required to travel to.a station a other than their headquarters for participating in any of the events mentioned in para 3(i) of this Department’s OM dated 16.07.1985, will be entitled to claim Travelling Allowance for such journey in accordance with the TA rules applicable to them.”

2. In their application to the employees of Indian Audit and Accounts Department, these orders are issued after consultation with the Comptroller & Auditor General of India, as mandated under Article 148(5) of the Constitution.

3. This OM will be effective from the date of its issuance.

To
All Ministries / Departments of Government of India. 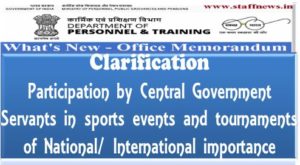 Loading...
Newer Post
Advisory for protection of Senior Citizens aged above 60 years during COVID-19
Older Post
Official residing in Containment Zones shall submit a ‘self declaration’: Railway Board Order reg reporting of Officials in Lockdown