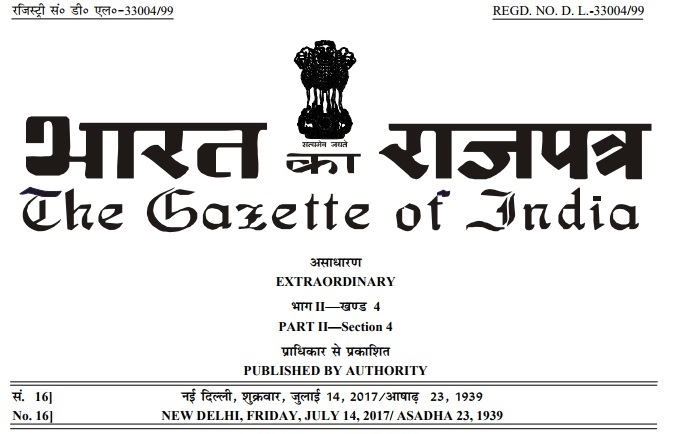 New Delhi, the 14th July, 2017
S.R.O. 24(E).— In exercise of the powers conferred by Section 184 of the Navy Act, 1957 (62 of 1957), the Central Government hereby makes the following regulations to amend the Navy Pay Regulations, 2017, namely: –
1. (1) These regulations may be called Navy Pay (Amendment) Regulations, 2017
(2) They shall be deemed to have come into force on the 1st day of January, 2016.
2. In the Navy Pay Regulations 2017, –
(i) In regulation 3, in clause (g), the following Note shall be inserted, namely: –
Note: “In any kind of calculation which attempts to work with the maximum pay of a particular level the last figure of the Level shall not be calculated and the end-points of the Level, representing the possible highest and lowest pay in that level, may not be treated as the maximum and minimum of any closed pay scale, as used to prevail prior to the implementation of the 6th CPC.”
(ii) In the Schedule, for Part ‘A’ the following Part shall be substituted namely: – “PART A”
[F. No. 1 (9)/2016-D (Pay/Services) Part-I]
M. SUBBARAYAN, Jt. Secy.
.
PART A