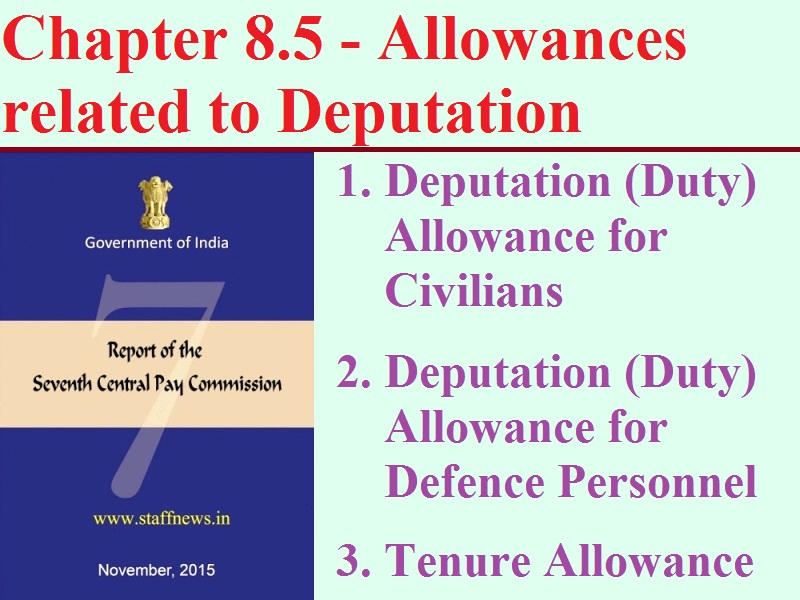 8.5.1 Alphabetical list of Allowances covered here is as under:

8.5.6 The Commission has received representations demanding that the percentages of these allowances be doubled and that the ceilings be removed. Defence officers have requested that they should be allowed to draw full deputation allowance along with the field service concessions.

8.5.7 The Commission noted that the ceilings are not DA indexed. Hence, it is recommended that the ceilings should be raised by a factor of 2.25 to Rs.4,500 per month for deputation within the same station, and to Rs.9,000 per month for deputation involving change of station. The ceilings will further rise by 25 percent each time DA increases by 50 percent. No other changes are recommended.
Stay connected with us via Facebook, Google+ or Email Subscription.