New Delhi, the 1st September, 2016
No. 1-2/2016-IC.— In partial modification of the Resolution of even number dated 25.07.2016 [click to view], para 3 of the said Resolution may be read as under:
“3. The Government has accepted the Commission’s recommendations on Minimum Pay, Fitment Factor, Index of Rationalisation, Pay Matrices and general recommendations on pay without any material alteration with the following exceptions in Defence Pay Matrix, namely :-
(i) the Index of Rationalisation of Level 13A (Brigadier) in Defence Pay Matrix may be revised upward from 2.57 to 2.67;
(ii) additional three stages in Levels 12A (Lieutenant Colonel), three stages in Level 13 (Colonel) and two stages in Level 13A (Brigadier) may be added appropriately in the Defence Pay Matrix.”
R. K. CHATURVEDI, Jt. Secy. 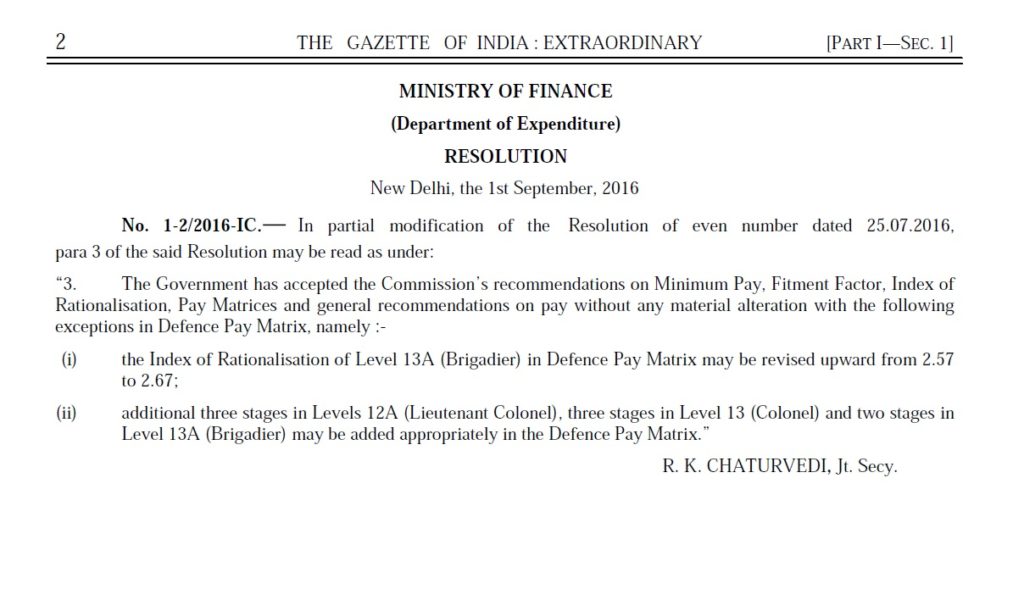 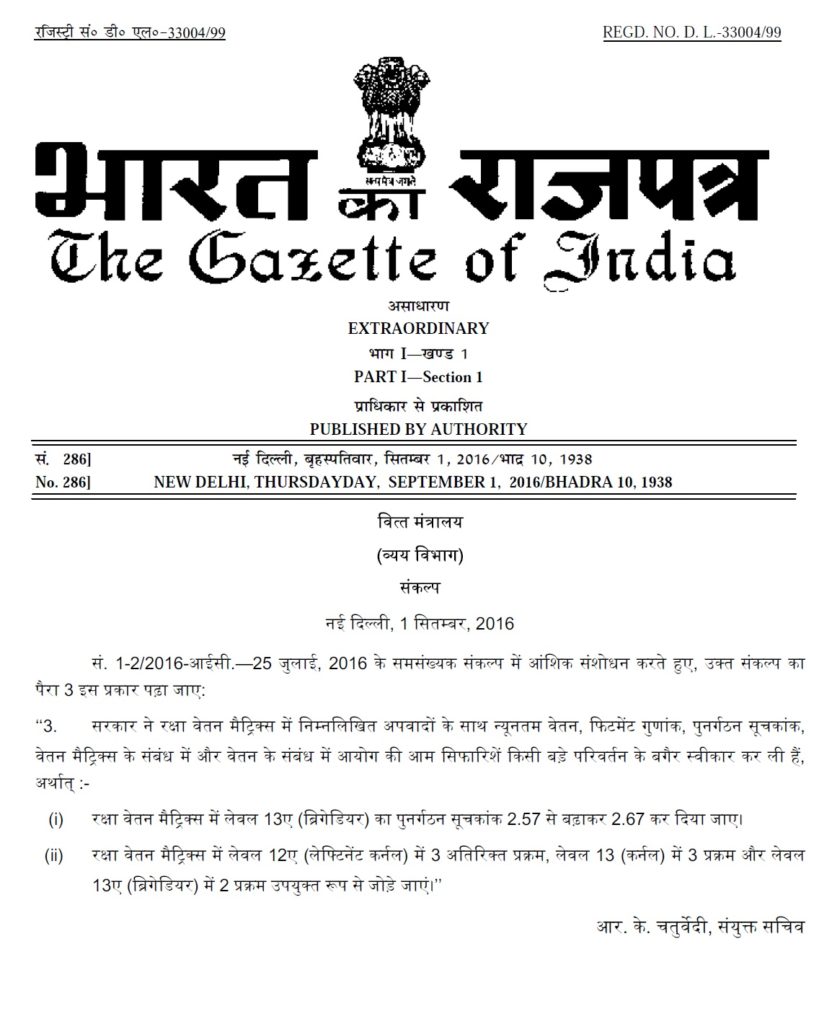