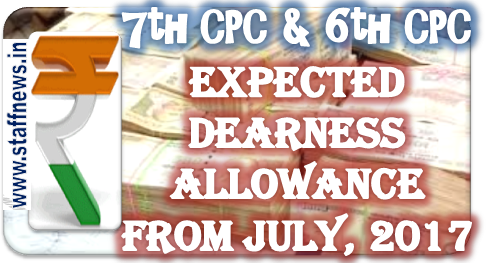 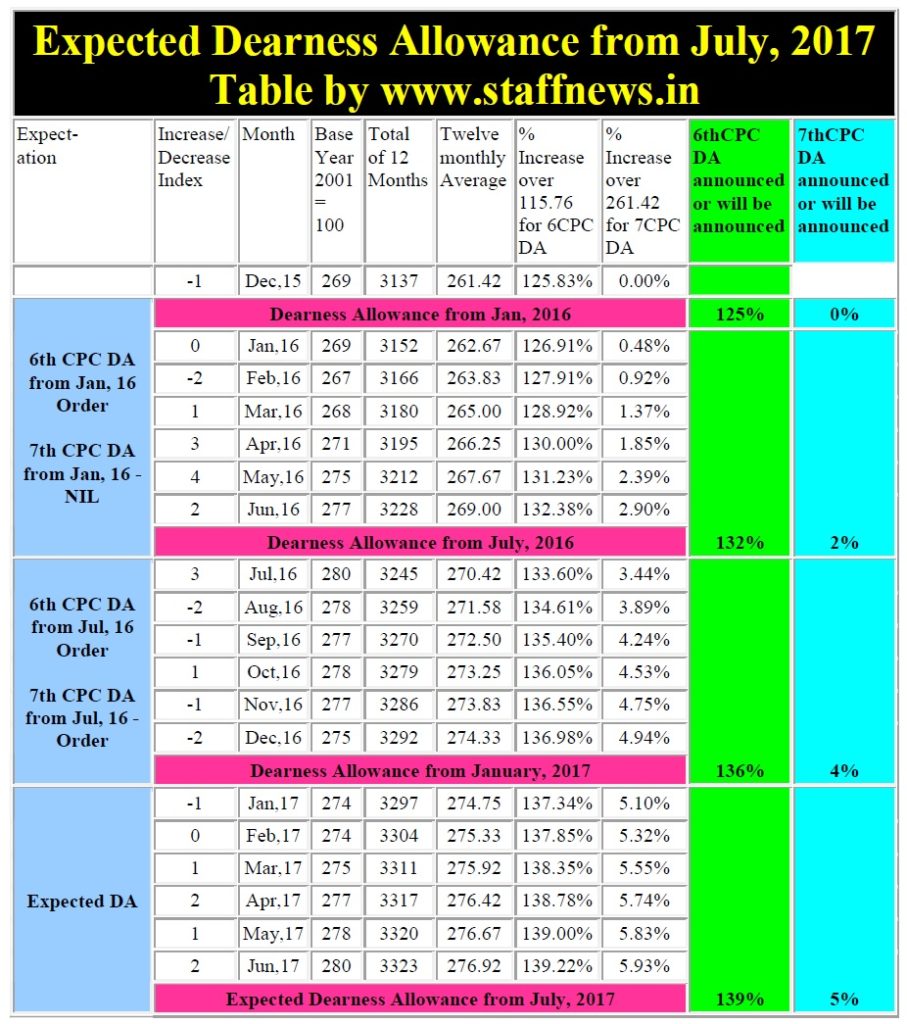 The All-India CPI-IW for June, 2017 increased by 2 points and pegged at 280
(two hundred and eighty). On 1-month percentage change, it increased by (+)
0.72 per cent between May, 2017 and June, 2017 when compared with the
increase of (+) 0.73 per cent between the same two months a year ago.
The maximum upward pressure to the change in current index came from Food
group contributing (+) 2.59 percentage points to the total change. At item
level, Rice, Wheat, Fish Fresh, Eggs (Hen), Poultry (Chicken), Milk, Pure
Ghee, Chillies Green, Onion, Brinjal, Cabbage, Cauliflower, Gourd, Green
Coriander Leaves, Palak, Potato, Radish, Tomato, Torai, Coconut, Cooking
Gas, Medicine (Allopathic), Toilet Soap, Tailoring Charges, etc. are
responsible for the increase in index. However, this increase was checked
by Arhar Dal, Masur Dal, Groundnut Oil, Mustard Oil, Chillies Dry, French
Beans, Electricity Charges, Petrol, Flower/Flower Garlands, etc., putting
downward pressure on the index.
The year-on-year inflation measured by monthly CPI-IW stood at 1.08 per
cent for June, 2017 as compared to 1.09 per cent for the previous month and
6.13 per cent during the corresponding month of the previous year.
Similarly, the Food inflation stood at (-) 1.28 per cent against (-) 1.63
per cent of the previous month and 8.33 per cent during the corresponding
month of the previous year.
At centre level, Lucknow reported the maximum increase of 8 points followed
by Agra (7 points) and Rajkot, Madurai, Varanasi, Quilon and Surat (6
points each). Among others, 5 points increase was observed in 8 centres, 4
points in 8 centres, 3 points in 9 centres, 2 points in 15 centres and 1
point in 13 centres. On the contrary, Darjeeling, Tripura, Belgaum,
Rangapara-Tezpur and Chandigarh recorded maximum decrease of 2 points each
followed by 1 point decrease in Guwahati. Rest of the 12 centres’ indices
remained stationary.
The indices of 33 centres are above All-India Index and other 45 centres’
indices are below national average.
The next issue of CPI-IW for the month of July, 2017 will be released on
Thursday, 31st August, 2017. The same will also be available on the office
website www.labourbureaunew.gov.in.
(SHYAM SINGH NEGI) 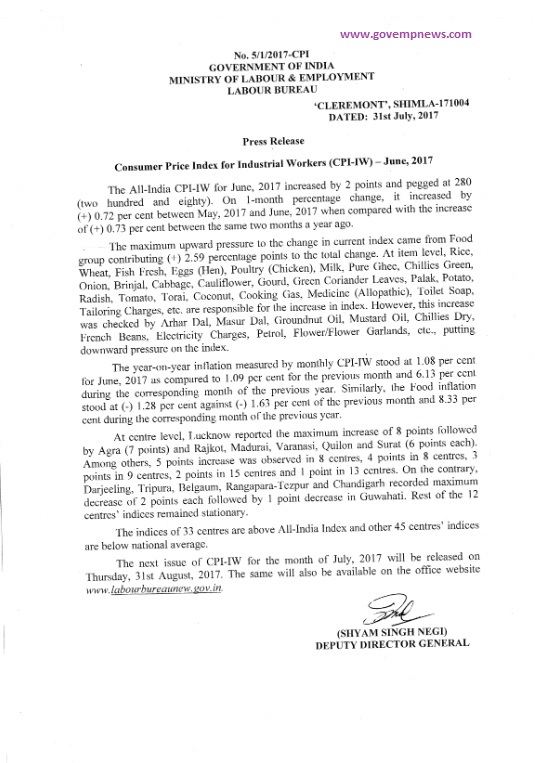